Sumac is a reddish-purple spice that comes from the fruit of Rhus coriaria, a poisonous plant native to the Middle East and Mediterranean. Sumac, the berry of the plant, is not poisonous itself. It is widely used in Middle Eastern cooking to impart a tangy flavour and a reddish colour to dishes. Like salt, sumac is also a flavour enhancer that elevates the existing taste of a dish.

Sumac’s colours can range anywhere from a deep red to a dark purple. Producing the spice is simple, with berries picked just before ripening and then left out in the sun to dry. They are then usually crushed and sold as a coarse powder, although it is also common in the Middle East to find sumac as a whole dried berry. Sumac is a key ingredient in the popular Middle Eastern spice mix, za’atar. 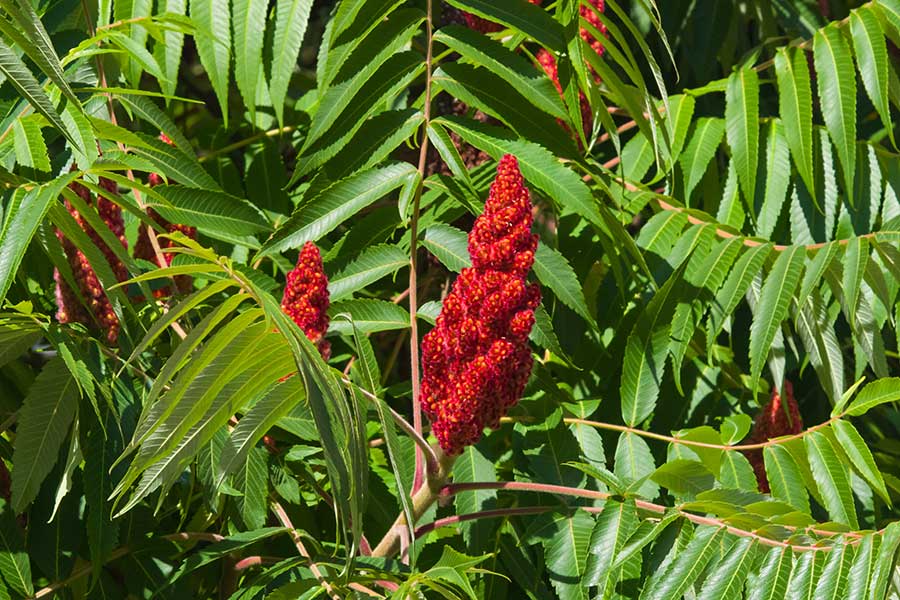 Sumac has a characteristic sour or tangy flavour and is often used in a similar way as other ingredients which add tartness to foods (lemon, lime, vinegar, tamarind, etc). Just like lemon, it adds a tangy and sour taste to foods but without the citrusy flavour. Sumac is also a flavour enhancer that brings out the existing flavours of a dish, much like salt.

The history of sumac

The name sumac comes from the Arabic word soomak, which refers to the dark red colour of the berry. It has been recognised for its delicious flavour as well as its medicinal benefits for at least 2,000 years. The notable Roman physician, Pedanius Dioscorides, wrote about sumac’s health properties which include being an anti-flatulent and a diaretic. In Rome, sumac was widely used to add sourness to dishes before lemons were introduced to Europe. Sumac was also often used by Native Americans and early settlers to treat various illnesses like coughs, sore throats, and stomachaches.

How to use sumac in cooking

Sumac can be used in the same way as many other tangy or sour ingredients such as lemon or tamarind. In Middle Eastern cuisine it is most commonly added to spice rubs, meat marinades, and salad dressings (for example, in fattoush). Sumac is also a key ingredient in the popular spice mix za’atar, combined with sesame seeds and dried thyme. Sumac pairs well with most other spices and can be added to various meals such as chicken, seafood, meat, vegetables, chickpeas, and lentils. It can also be combined with salt and served as a condiment alongside grilled meats and fish. When combined with yoghurt, sumac also makes a delicious salad dressing. Sumac can also be boiled with rice or pasta to impart a reddish colour and tart flavour.

What is a good alternative to sumac?

If you cannot find sumac, you can easily substitute it with ingredients that have a similar tart or tangy flavour. Lemon zest can be combined with salt to mimic the flavour of sumac. Citric acid is also a popular substitute for sumac. If you want to add the reddish colouring to dishes, you can mix in a little bit of paprika.