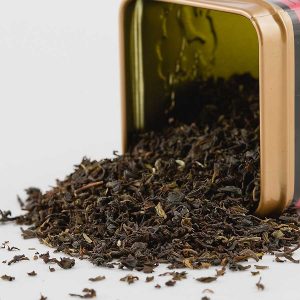 High Tea – what is this?

We might call it high tea here, but in England, it’s just plain old afternoon tea. That’s all semantics, but the real question is – why do we have the tradition of socialising over tea in the first place? What made people want to sit around eating scones and triangle sandwiches while they gossip and sip from expensive teacups?

Let’s get into the history of it. For the record, we’ll refer to ‘afternoon tea’ as high tea here, just because that’s how it’s recognised in Australia. Sure, some tea elitists may cringe and faint at the faux pas, but as we said, it’s all semantics. We’ll explain the difference later in the article so stay tuned.

While nobody can be 100% sure when the English first started practising the tradition of afternoon tea – or what we call high tea here in Australia – it became widespread in popularity in the 1840s.

They were different times back in the 1800s, and people followed different eating patterns and schedules. A large breakfast would be served late in the morning, with dinner eaten late in the evening. Where’s lunch? That’s right. There was a long gap left in the middle of the day where people found themselves feeling itchy for a little bite.

The elite males of England would traditionally hold long, extended business meetings during the lunch hour. The wealthy would sit and discuss the politics of Marx and European Royalty while their wives sat waiting at home, often for hours on end. Eventually, those ladies started to get hungry.

Tired of sitting at home waiting for men to return from their extended lunch meetings, ladies decided to start hosting their lunchtime affairs. The Huffington Post gives Duchess Anna of Bedford credit for being the first to dream up high tea, suffering from hunger pangs as she waited for her evening meal. As any rich lady would do, she began requesting a tray of tea, cake, and bread and butter from her servants.

Eventually, Duchess Anna either got bored of feasting on her own, or realised she was sitting on a goldmine tradition just waiting to happen. So she started sharing her new habit with her friends, inviting them over for a cuppa and some sweet snacks. The afternoon tea habit quickly caught on amongst the English aristocracy and grew to become a huge social event.

By the 1920s, afternoon tea had started to look like the high tea we see today, with elaborately designed teacups, silverware, fine linens, and the best tea money could buy. Of course, at the time, it was also about inviting plenty of guests and showing off all your servants (i.e. your wealth!)

If we know anything about the English elites of the 1800s, it’s that they loved their etiquette and social behaviours. As high tea increased in popularity, so too did the social aspect of the event, and it soon became an expected event that was ‘correct’ and ‘right’ for the wealthy.

At the same time, drinking tea began to be seen as a rite of passage for the young. Drinking tea (or coffee, even) was a sign that you were now ‘old enough’, which in other words meant that you now knew how to behave appropriately amongst society. Eventually, the social aspect of high tea began to attract a sense of festive dressing. People would put on their Sunday best, truly elaborate dresses, and show off their best costumes at the high tea.

What did they traditionally eat for afternoon tea?

Afternoon tea for the elite always featured sandwiches stuffed with gourmet ingredients like cucumber, egg, watercress, fish paste, ham, and smoked salmon. Considered culinary delights at the time, including these ingredients was a chance to show your friends just how well-off you are. For dessert, afternoon tea would feature the iconic scones with clotted cream and jam, as well as cakes and pastries like Victoria sponge, Battenberg cake, or your classic fruit cake.

When it came to the tea, this would be brewed in one seriously beautiful teapot (almost as important as the actual tea itself). Tea was always served with sugar and milk – no herbal teas or kombucha here! At the time, tea was prized and considered an expensive luxury. When you consider the fact that it had to travel to England all the way from China or India, this makes a lot of sense.

So what’s high tea then?

We first see high tea popping up in the late 19th century after the tradition seeped from the elite and to the working class. With more physically demanding jobs but less calorie-dense meals, labourers would need an extra dose of energy in the late afternoon to keep them going for the rest of the day. This is the real high tea, often involving just a humble sandwich or pie that was prepacked from the morning.

How to set the table for high tea

These days, high tea is an extravagant event that’s best left to the experts. If you want gourmet sandwiches, ornate tableware, and impeccable scones, then you’ll probably want to host your high tea in a venue that’s exquisite and reflective of the ‘elite’ nature of the event.

That said, if you want to keep it simple and enjoy a high tea at home, here’s how to set the table so you don’t look foolish in front of your aristocratic friends:

Serve your guests before yourself, read the rules on high tea etiquette below, and bon appetit!

Like we said earlier, there’s nothing the old English elite loved more than a few good manners. If you’re at a high tea (whether at home or in a luxe venue), be sure to practice the right etiquette lest you reveal yourself as a simple commoner:

Where to get a high tea in Sydney

Feeling a little peckish after all this talk of scones, cream, and cucumber sandwiches? Let us treat you to an elaborate high tea spread with delicious treats made by our private chefs.

Whether you’re after a traditional ‘afternoon tea’ style high tea or something more modern with a bit of a twist, we’ll deliver an unforgettable menu – complete with all the beautiful teacups and silverware! You just invite the guests. Get in touch with our team here.