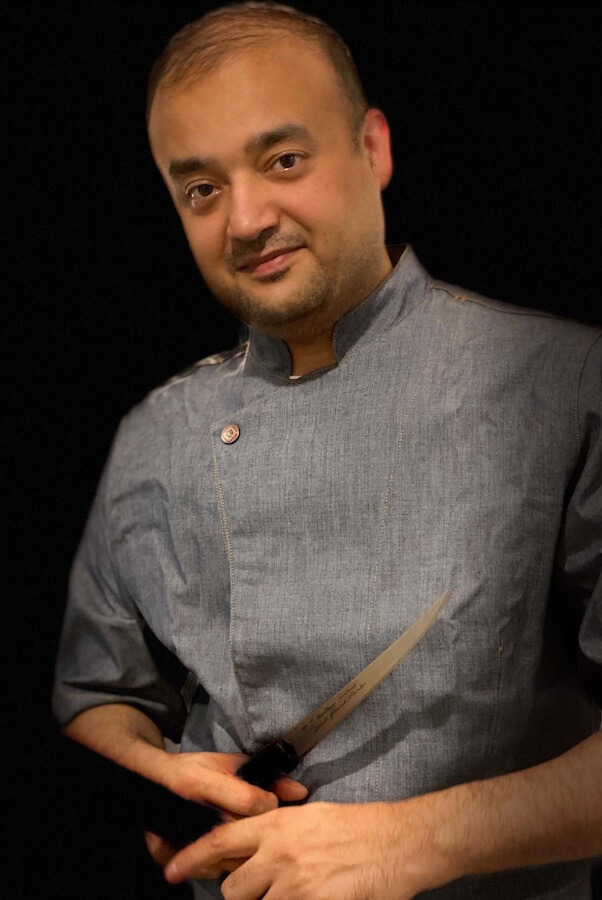 In today’s world of instant gratification, Chef Miku still believes that great food is a labor of love. It is his belief that a great meal can make someone’s day, create a lifelong memory, or even change someone’s life! One of his favorite quotes is, “A bite of food has more philosophy than all the books of the world”.

Chef Miku has been cooking since the tender young age of five. His love for cooking has pushed him to pursue formal education in the culinary arts, and he now holds a Masters degree in Hospitality. For the last 21 years, Chef Miku has roamed the world picking up new culinary treasures and recipes, meeting amazing chefs, and learning from all who he encounters. He brings this wealth of knowledge from all over the globe straight to your dinner table.

From earning a Batchelor’s degree in culinary education and then completing masters in hospitality, Miku has spent a good part of the last 2 decades working with some incredible people, chefs of repute and passionate hotel owners. He trained with Chefs from Nobu, worked at Taillevent (2 Michelin) under chef Alain Solivérès, Le Duc Paris and at Chef Joël Robuchon’s restaurant (2 Michelin) at Metropole Monaco.

Miku has also trained in the California Sushi School. As an astute Food and Beverage operator, he has been involved in the pre-opening planning and opening of 2 royal palaces, Ritz Carlton Riyadh, Taj Bangalore & 2 luxury yachts. He started his Australian journey as the Director of Food and Beverage of Shangri-La Hotel Sydney, running Altitude & co-creating high tea at BluBar.

He has also managed a launch for Gucci in Mumbai, the wedding of the World’s youngest billionaire Hind Hariri in Paris, Liz Hurley’s pre-wedding and multiple high profile events including royalties, Kings and Queens under NDA’s. He is a versatile & highly experienced Chef who enjoys the challenges of modern cuisine and work in the kitchen to satisfy people with mutual admiration for fine cuisine. Miku loves to deliver food, beverage and create events that would bring happiness for all involved.

I respect ingredients in their natural form, but do love the balance that cooking can bring. One of my personal favourites is a seafood bisque with a rustic sourdough or ciabatta.